From a young age the children of your tribe hear stories of splendor and wisdom of the civilization your tribe belonged to eons ago. The many tales of the empire’s fall make it hard to discern the history from the myth. It is time to travel over mountains, across deserts, and to island in search of the truth in the ruins the empire has left standing. However, you are not alone in the search for answers; other tribes of empirical decent are also looking to find answers and make their civilization great again. You will need to choose your battles and fight to control everything you Unearth.

Unearth is the fresh release from Brotherwise Games (publisher of Boss Monster) and Designers Jason Harner and Matthew Ransom.   The game is a mixture of dice rolling, set collection, and special endgame token earning. At first the combination of different game mechanisms and playing strategies can make it seem like the game will be daunting to lean.  However, after you push past that thought the game becomes easier to play.

The main way you earn points is by collecting sets of same colored ruin. A set with only one card is worth 2 points, a set of two cards is worth 6, a set of three cards is worth 12 points, etc. If you have at least one of all five different colored card types you gain an extra 5 points at the end of the game. In itself, this is a simple concept to grasp.

Each player has five dice to roll in order to win the cards.  The total of the number on the dice faces has to add up to at least the number in the upper left hand corner of the card in order for anyone to win the card. By the time the card is won or lost there should be multiple dice set on it as ‘bids’.  The player with the highest die roll wins (a player with a dice with a 6 will beat a person with a dice roll of 4). This goes off of each players highest dice roll and not the sum of a person’s dice rolls.

There is still incentive for biding on ruins you don’t believe you can win and you are reward for low rolls. This is where two new aspects of the game come into play: Delver Cards and Gems.  Delver cards give you special abilities and are played before you roll. These abilities can be to reroll dice already placed, add or subtract from rolls, allow you to roll more than one die, or many other such concepts. This puts a bit of a twist on the way you play. At the beginning of the game each player has 2 delver cards and 1 more delver card is earned for each die placed on a ruin that is not won. For example you get two delver cards if you have two dice on a card that someone else wins.

Gems are a little different. At the lower right of each ruin card there is a number. This is the number of randomly drawn gems you place on each card. You can take a ruin of your choice off a card if you roll a 1, 2, or 3.  You draw a gem at random if you roll a 1, 2, or three after all the gems are taken off of the card. The goal with Gems is to collect them to build hexagons. A completed hexagon earns you a Named Wonder, Greater Wonder, or Lesser Wonder. Each of these gives points you can count during end game, however, there are a few different Named Wonders that will give you powers during game play. A good example is the Shattered Edifice card; to earn it you need three black gems and three gems of any other color, once you gain Shattered Edifice you can reroll results of 4s and 5s.

There are many aspects of Unearth that are done very well. Unearth‘s artwork is appealing with an art deco air with lively colors. The cards, gems, and dice are all of good quality and sturdy.

Games usually want you to roll low or to roll high, but we all know that one person who can’t roll well to save their own life. It is refreshing to see a game that rewards both high and low rolls, so that a player can roll like Wil Wheaton and still gain an advantage.

The downside to getting different rewards based on if you roll high or low. The gems you need to gain Wonders are almost too hard to earn.  Wonders are a limited resource so making them purposefully difficult to gain does make sense.  On any one roll of a D6 you have a 50% chance to get a gem, but you have to roll a 1, 2, or 3 to earn a gem.  You are split between wanting to roll high to get the card and roll low to get the gems, both have the possibility of winning you the game at the end. Then there is that sticky in-between area of rolling 4s and sometimes even 5s were you may or may not win the card but you don’t get gems either.

The delver cards are a bit of a mixed bag for me. I love the way they put a spin on the game that gives a bit more skill element to the game instead of luck. I also like that they are another reward for not rolling as well as you would have liked. I do not like that you have to play them before you roll. This makes it difficult to decide if you should play the card or save it. There are delver cards that are more prone to this problem than others, for example playing a card that says you can reroll is a bit wasted if you roll a 6. On the other end of the spectrum the Delver cards are worth nothing at the end of the game. To some degree the delver cards are superfluous; Unearth could probably function just as well without them. 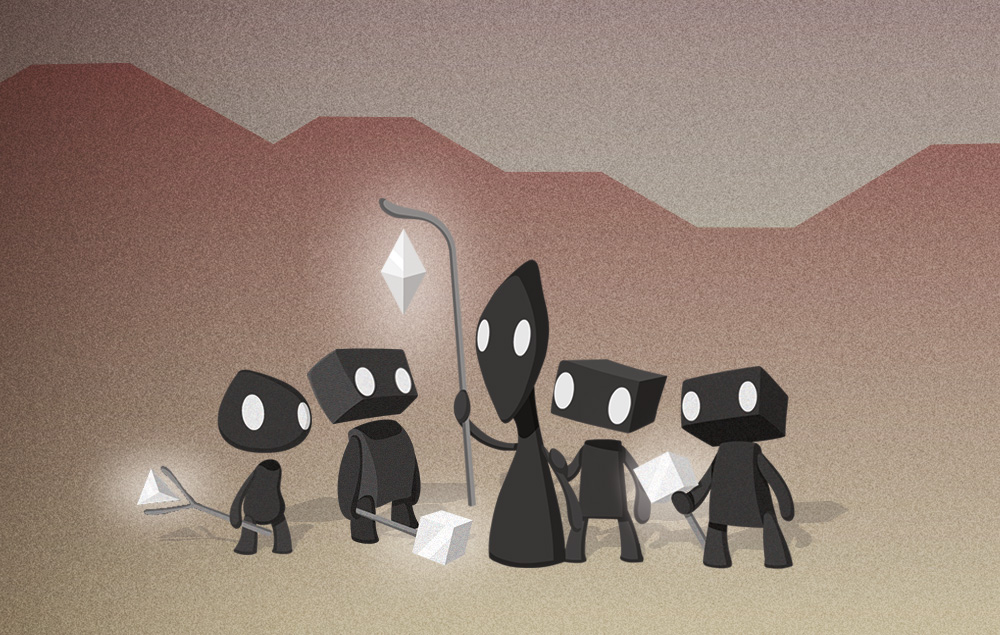 Unearth is part skill (keeping track of your sets and planning our what gems you want to take) and part press/bend your luck. Adaptability is what will really win the game. The player that can go with the flow and adapt to the roll of the die will probably be the one to come out on top.

There is a bit of ‘Take That’ with some of the Delver cards and competition for Ruin Cards. It is mostly family-friendly with a suggested age of 8+ to play, but it may not be good for children that are either sensitive to losing or prone to losing dice.  It also only allows up to 4 players, so it might not be good for larger families or parties.

Unearth is highly recommended if  you like games like Roll for It, Dice Heist, or smash up you may also enjoy Unearthed. It is a fun game and it isn’t nearly as complicated as it appears.  In the end, I really enjoyed playing Unearth and can’t wait to dig up another opportunity to get this back on the table.

What’s your favorite archeological discovery or ancient civilization? Tell us about it in the comments below!

Unearth is available now. Check with your Friendly Local Game Store, Brotherwise Games, and online retailers for availability! For more information on Brotherwise Games,  you can visit their website by clicking their logo to the right!