STARS AND STONES! THE DRESDEN FILES HAS ACCELERATED!

My first and only soiree into the Contemporary/Modern/Urban Fantasy genre was a little book series by author Jim Butcher called the Dresden Files. For those unfamiliar with the genre, magic is real, and so are a few other creatures like vampires, demons, spirits, faeries, werewolves and other things that go bump in the night, and they all exist in our cities. The Dresden Files follows wizard Harry Blackstone Copperfield Dresden in a blend of mysticism and hardboiled detective fiction. Think of him as a paranormal detective and consultant working out of present day Chicago. Of course this is the very top layer of the series which now spans over several short stories, graphic novels, and a series of fifteen novels with a goal of twenty once the novels finish. Just when I thought this property couldn’t get any better, a roleplaying game comes along.

Enter Evil Hat Productions. In 2010, the Dresden Files Roleplaying Game was born using the Fate system. The first book, called Your Story, gives you all the rules you need to play, while the second book, called Our World, details and creates several monsters, creatures and named characters from the novel series. Both won several Origins Awards, ENnies, and the Golden Geek Awards. Evil Hat Productions then produced a third hardcover, called the Paranet Papers, which details several campaigns in different cities across the world. Each book is written with annotations from several characters from the novels.

However, Evil Hat Productions had already produced updates to their Fate System prior to the third book’s release, and created both Fate Core and Fate Accelerated. Both games have their merits, streamlining roleplaying into more cohesive and narrative gameplay styles. Fans of the original Dresden Files RPG wanted an updated version as the older system compared clunkier to the new versions of Fate while some cling happily to the original rules. This year, Evil Hat Productions delivered and released a newer version of the RPG in Dresden Files Accelerated.

Dresden Files Accelerated is a 256-page book filled with everything and anything you need to run a Dresden Files game. The first three chapters alone are full of important characters, places, and everything else Dresden-centric from the novels. As an avid fan of the series, I enjoyed reading over these sections acclimating myself again with moments I had forgotten about. These details charged my creative mind with new ideas to add to our game. A fair warning though: if you have not read any of the Dresden Files books, these sections are full of spoilers. I recommend reading the books and avoiding these chapters if you don’t want the twists and turns of the series spoiled.

The next eight chapters detail what is needed to play Dresden Files Accelerated, creating characters, campaigns, mantles, aspects and stunts, and how to advance your characters as they progress through the narrator’s story. For those new to Fate Accelerated, the book provides ample information and explains with ease each step along the way. The final chapter offers a premade New Orleans setting with a few sample characters to play for those wanting to jump right in and play.

The artwork in this book is enjoyable and feels more in line with the graphic novels. The art highlights memorable moments from the novels and showcases key characters nicely. Also, the book is written from Ivy, the Archive’s, point of view with snarky and comedic annotations from both Ivy and her bodyguard Kincaid.

Dresden Files Accelerated uses Fate Accelerated at its core with a few additions. Each character is built with a few key phrases called Aspects. They also get special abilities called Stunts. These are pretty much the same as they were in Dresden Files RPG  and in Fate Core. A player may invoke aspects to add an additional +2 to their rolls, make a declaration about the scene, reroll the dice, or add +2 against the opposition. One does this by spending a Fate point and stating which aspect they are invoking. A player receives Fate points when accepting a compel from the Narrator or Game Master, or for being in a position that will make the story more interesting. Stunts allow you to rewrite the rules a little by switching out Approaches or giving you a way to bring in items for a session, etc.

Fate is really friendly when it comes to pick up and play.  You simply say what you are doing, and the Narrator will interpret what action you are taking (Creating an Advantage, Overcoming an Obstacle, Attacking or Defending) and which Approach you will add to your roll. You roll four six-sided dice that have a plus (+), a minus (-), or a blank on the faces which will cancel each other out. So a roll of + + + – is 2 to which you add your Approach and any Aspect you invoked. The Narrator will either have a target number or will roll against you. It’s that simple. The entire Fate RPG line is focused on narrative.

What has changed is the addition of Mantles, Scale, and Conditions. Mantles work more or less like the Templates from the Dresden Files RPG, giving you some starting choices with Stunts and which Conditions you will have. Mantles also provide the scale to determine your character’s fighting level. Some Mantles such as Changeling and Werewolf give you the Mortal Mantle in addition as you still have a mortal life that needs your attention. 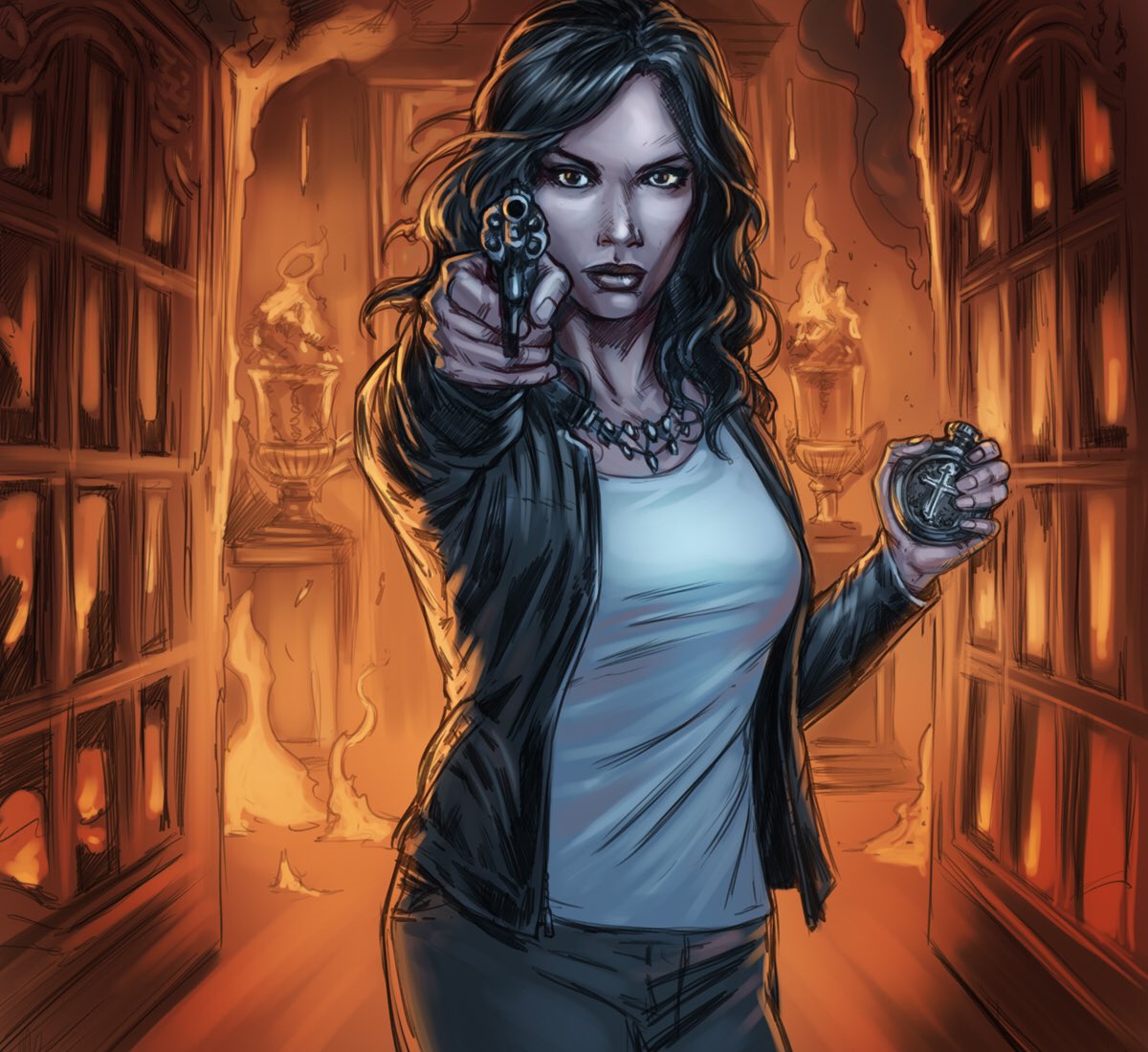 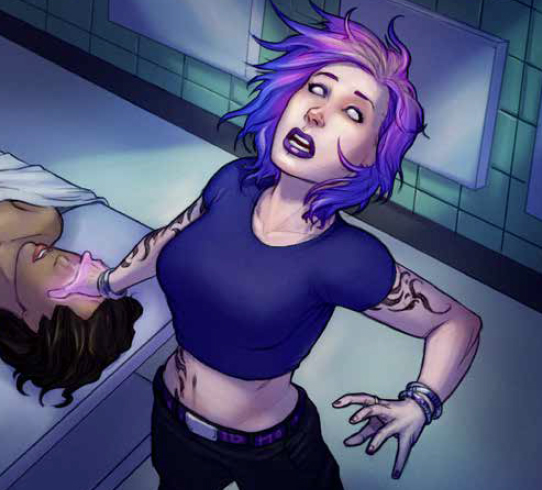 Scale allows a simpler way to calculate combat with someone or something outside your normal level by adding more to their rolls on attacks or defends. Most mantles are at Supernatural, and may not fare well against someone who is Godlike.

Conditions are the meat of Dresden Files Accelerated. They have been around in Fate since the Fate Toolkit book. Conditions add so much flavor mechanically to the game. Say you play a cop. You have the Condition called Police Powers which allows you certain privileges, but if you abuse the badge, you get a chat from  the Chief and now you have to mark your Warned Condition. Continue abusing your badge? Well now you have to mark the Suspended Condition, and you’ve just lost all your cool Police Powers and quite possibly your job. Each Mantle has unique Conditions and is perfect to balance out that one player who just wants to watch the city burn down around them.

Lastly, Magic in Dresden Files Accelerated has been extremely streamlined for ease. In the Dresden Files RPG, Magic was difficult to wrap your head around, and trying to explain it to someone new to Fate was an even bigger headache. In this version, you simply choose your action, describe your spell and roll your Approach. A magical practitioner may take Stress in order to add +1 or +2 to the roll or mark either their Exhausted or Burned Out Conditions for a +4 or +8. Beware if you choose the latter or you may be without magic through the next couple of games. For ritual magic, you can buy up the cost to cast the spell though various means including asking for help via a deal with other powerful beings.

I love Dresden Files Accelerated. Many complaints about Fate Accelerated is that the game is too pared down from lack of skills and mainly the “crunch” players are used to in many games. I think the addition of Conditions more than makes up for it. The magic system is so much easier and less of a clunky mess. Both evocation and ritual spells are quicker to prepare and fire off into a vampire’s face.

The game feels very much like it should when it comes to Dresden Files. The artwork is fun, and the book alone is amazing to read and reconnect with characters. This book is the most up-to-date reference tool out there for anyone wanting to run the game.

What is your favorite Harry Dresden moment? Tell us about it in the comments below!

3 thoughts on “STARS AND STONES! THE DRESDEN FILES HAS ACCELERATED!”